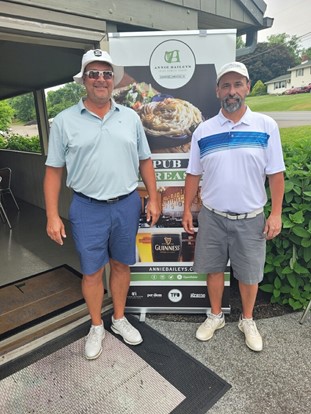 The first event of the LANCO Golf Association saw 45 teams vie for the LANCO TFB Hospitality Two Man Scramble Championship crown that was held at Tanglewood Manor Golf Club. Chance Miller and Ian Albright coming out of the Per Diem Flight, teamed up to shoot a 10 under par 62 to win the overall title on a golf course that was set up to be very challenging. There was a total of four flights. The Annie Bailey Flight ended with the teams of Marc Oliveri /Conor Gilbert along with Mark Naimola/ Chris Fairbanks tied at 8 under par. In the Conway Social Club flight, Jon Ressler and Pieter Hegeman shot an 8 under par to win their flight and the Berczik brothers, Bob and Josh, took the TFB Flight with a 5 under par 67.