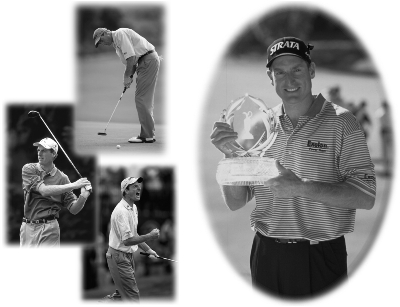 Charter Member of the LANCO Golf Hall of Fame

The 1988 Manheim Township graduate has been a regular on the PGA Tour since 1995. The 2003 U.S. Open champion hasclaimed 12 PGA Tour victories and in 2006 became the 2nd ranked player in the world. Having recently passed the $30 million mark in career earnings, Jim has solidified his place among the finest players of his generation. While attending ManheimTownship Jim captured the 1987 PIAA championship and was the medalist at the Jake Gittlen Invitational in Hershey. Jim remainsactive in the regional golf scene through his annual Exelon Invitational and free junior clinics. 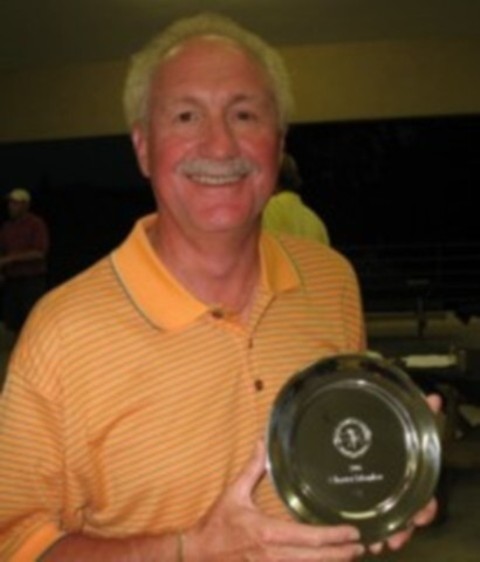 holds his commemorative plate emblematic of his induction as a Charter Member of the LANCO Golf Hall of Fame.
The Manheim Township and Franklin & Marshall College product has captured a record 8 LANCO Amateur championships over the
course of four decades (60's, 70's, 80's, and 90's) including an unprecedented five in a row from 1968 to 1972. Among his various
regional championships is his 2005 PA Senior Amateur crown. Annually, the LANCO Amateur champion receives the King T. Knox Trophy.
Even into his 60's King has finished in the top 5 twice in the Amateur including a 2nd place finish in 2003. 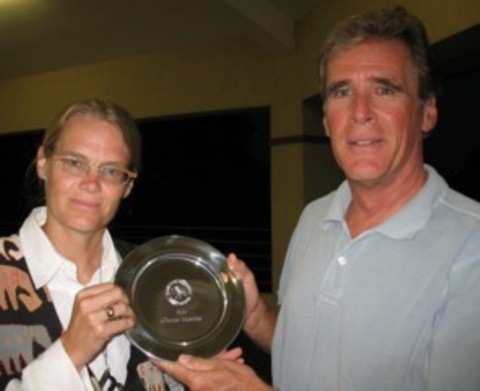 as a Charter Member of the LANCO Golf Hall of Fame at the 2006 LANCO Awards Dinner.
Billy Haverstick remains the most accomplished amateur golfer Lancaster has ever produced. A 5 time LANCO Amateur champion, an event which was not inaugurated until after his prime playing years, Haverstick captured three PA Amateur Championships and the prestigious Sunnehanna Amateur in 1946 and 1947. Maybe even more impressive were his 16 appearences in the U.S. Amateur and 6 U.S. Opens. While competing at the U.S. Open at Oakmont in 1953 Haverstick led after 36 holes and finished as the 2nd low amateur. Every year the LANCO Player of the Year receives the H. "Billy" Haverstick Award.